Today is the day, the start of the most exciting 3 weeks in sports. It’s the beginning of the NCAA tournament, and folks all across the nation are clamoring to make final edits the their brackets, pouring over rankings, tradition, match ups, and of course everyone’s favorite, SABERMETRICS. I myself am of course very guilty of this also.

Let me preface all of this by saying thank you to all of you who signed up for our 252 ESPN Radio Bracket Challenge, presented by The Insurance Center. All of you are great and we love you.

But your brackets suck as bad as everyone else’s too. Think about it.

For starters, there is no documented evidence of ANYONE ever filling out a perfect bracket. Ever. I’ve been doing it for as long as I can remember, and I have never been close. Now that may speak to my own lack of knowledge, but I think that anyone who is honest with themselves knows this remains true for them. However, everyone has that friend who claims he did once have that perfect bracket, he just didn’t enter it in a contest that year. The same friend has that girlfriend who goes to a different school…you wouldn’t know her.

At this point you have probably heard the odds on actually filling out a perfect bracket. There is a video of some professor from DePaul who breaks it down very mathematically, and the number comes up to be something like 1 in 9.2 quintillion (quintillion, that’s 18 zeroes, and a number so big spell check does not recognize the word). Now this number is a little bit off, the way smarty pants McGee from DePaul calculates this is based on if every game was decided by a coin toss. We claim to have a little bit of knowledge, and there is a way deeper formula that factors in some of common trends, such as a #1 seed never losing in an opening round or a #12 usually beating a #5, but the odds are still somewhere north of 1 in 200 billion. It’s far from an exact science, and honestly you are better of playing the lottery, better known as the tax on stupid people. Seriously, there is a reason that Warren Buffet offered up a $1 billion dollar prize for a perfect bracket for so many years. He knew his money was safe.

That’s not fun though. It’s much more fun to believe that you are the genius, the Nostradamus of college basketball. You are the one who totally called Middle Tennessee knocking of #2 Michigan State in the first round last year. No, you weren’t. Because if you were that guy, you were also probably the guy who tried to call every other ridiculous upset. Which is absolutely commendable, the best part of March is trying to create your own story lines. You spend more time cheering for what you want to happen as opposed to what should happen. For a small window in time, you could be the biggest Iona fan this side of the Mississippi (Editor’s Note: Upon further review, Iona is actually on this side of the Mississippi, so you probably wouldn’t be the biggest fan, but you get what we’re trying to say). That is the true beauty of your bracket. It gives you an immediate rooting interest in every game in a long 3 week tournament. It keeps your attention, keeps you focused, makes you laugh, cry, and furious with Becky in accounting when she correctly picks Maryland in the Final Four because “Turtle’s are cute”. 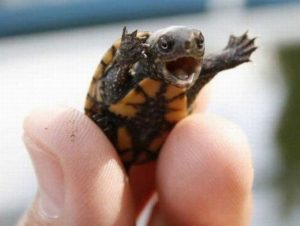 The realistic part of it all is that most of us will have burned our brackets by about 4:00 this afternoon, and will be making excuse after excuse as to why Rhode Island deserved to be in the Sweet 16, or how the refs totally screwed over Minnesota and that everyone who picked Middle Tennessee just got soooo lucky.

All that being said, we are in for a ton of fun, and as always I am rooting for bracket busters galore, if only to feed my own frustrations with this insane, punishing ritual I love to partake in every year. The Madness will turn to Sadness very soon. Grab the kleenex, wait until next year. 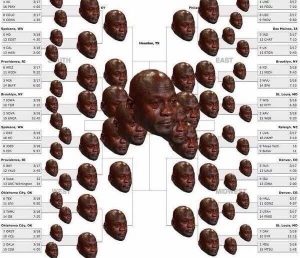