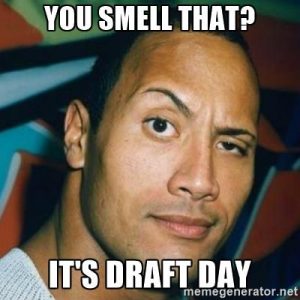 We are mere days away from that first taste of the NFL season. This is that time of the year where football has been gone a short while, and the smell of summer camps are right around the corner. With the 2017 draft coming up I wanted to give you my breakdown on a few players here in the ACC. Along with that, I came up with what I think the Carolina Panthers, and the Washington Redskins should do with their picks. Both teams are needing some key players out of the gate, but which team is going to be the most successful come draft day?

The wide receiver group is pretty stacked with talent this year, and it is no surprise that Mike Williams (Clemson) is leading the pack. He is my favorite wide receiver in this year’s draft (even though he broke my heart during the National Championship). He has great long distance speed, but not enough burst speed. Tennessee should take Williams at 5 and put his speed to work with Marcus Mariota. Williams would be best suited for a team that needs to break up a one-dimensional offense down field like Oakland has done with Crabtree and Cooper. I like his aggressiveness with the defenders and his ability to go toe to toe against corners and separate in coverage.

Mitchel Trubisky(UNC) and Deshaun Watson(Clemson) are both decent quarterbacks that will go in the first round but should not be considered immediate starters. Mitchell has great mechanics but only starting for 13 games makes it hard to think he could be ready day one as the starting quarterback. He needs to sit behind a seasoned veteran, like Aaron Rodger, for a few years before becoming a starter so that he can make his game stronger. Being put into a leadership position his first year will be a terrible situation and makes me think of Ryan Leaf. If teams can pass on him until 7, the Chargers would be the best fit. Phillip Rivers can be a great mentor, and that rookie harassment will be in full force when NC State plays UNC in the fall.

Deshaun Watson is a two-time Heisman Trophy candidate and is almost ready to be the face of a franchise. His footwork needs work to improve his accuracy with the deep ball, but he could take over a team in as early as a year.  Any team that has an aging quarterback that will retire soon should take him first. If San Francisco drafts a defensive player first, he could be picked up by the N.Y. Jets at 6, Buffalo at 11, or Cleveland at 12. I hope that they pass on him because Arizona is the best team for him. Carson Palmers younger brother J.P., is Watson’s quarterback coach while preparing for the NFL and can get Watson ready to take over when Carson retires. Best bet for Arizona is to trade up and take him before the Jets have a chance.

Leonard Fournette (LSU) and Christian McCaffrey (Stanford) are leading the charge for running backs this year, but Dalvin Cook (FSU) is a force to be reckoned. I thought he had a strong combine and a decent season. For his college career, he had 4464 yards in 3 seasons. He is smaller than Fournette and McCaffrey, but I would rather have Cook as my back. He is dangerous in the backfield and I love backs that block. His biggest weakness is as an inside runner and his ball security, but having great veterans to surround him can improve that aspect of his game. If he stays available long enough, he could be a good fit in Philadelphia with the 14th pick.

Now the bread of butter of the draft, the teams themselves. 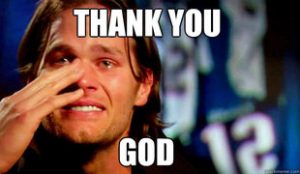 The Carolina Panthers are in need of offensive lineman, defensive lineman, wide receiver and a running back for sure. Being at 8, the Panthers will have plenty of options for players. The Panthers may be the first team to take a running back in the draft. If Joe Mixon’s off the field issues are truly a once in a lifetime situation, he could be a great second round steal. The Oklahoma back averaged almost 7 yards per rush in his two seasons starting and can be used on special teams if needed.

With the signing of Kawann Short, the Panthers will most likely try and get a defensive lineman in later rounds. The first rounds the Panthers should focus on getting an offensive lineman. There are slim pickings for this year’s group.

The Washington Redskins are in need of linebackers, safeties, and running backs but should focus on getting the best outside linebackers and defensive backs. Washington will be deciding if they should take a running back first round and they should wait. The backs they have are young with less than three years of experience, and I do not see any of the running backs from this draft having a breakout rookie season like Ezekiel Elliott had last year. They are all collectively talented but need time and development. They need to take a safety. The top 10 safeties are all very close in comparison, so no matter who has been taken before 17, they will be getting a highly-rated player to make an immediate impact.

If Washington does decide to take a safety first, then they will take a running back in the second round at 49. With the 81st pick, they should try and get a linebacker or defensive linemen. With 114 and 123 they will pick up secondary players and 201, 209, 220, and 235 will be back up positions for players that will be getting to the end of their contracts, or have been plagued by injuries.

I cannot wait to see which teams are going to have the best drafts, or trade up to get someone they desperately need. Which players are going to fall and which ones are going to be taken earlier than expected? Will Cleveland draft a decent team to win games this year? These questions finally get answered in Philadelphia, April 27th at 8 pm.