Syracuse fell to Miami 60-57 in the second round of the ACC tournament today, so Jim Boeheim’s chase for his first ACC tournament game victory is still on. The Orange have been knocked out of the opening round of every ACC tournament they have participated in since joining the league back in 2013.

In Syracuse’s defense, they did manage to claw their way back into this one in the second half, and John Gillon had a great 3 point attempt to tie it up with under 5 seconds to play. But in the end, the Orange fell short.

Miami did exactly what it wanted to do. Before the game Jim Larranaga said the Canes needed to hit at least 8 threes to win the game. Well, they got nine, so good on ya coach. Davon Reed did his thing, Ja’Quon Newton found  his stride, but the star of the show was Kamari Murphy who could just not me slowed down, pouring in 16 points including a monster jam in the final minute following a missed dunk on the other end.

Miami will get UNC at noon tomorrow, which should be a well contested game. It will be up to the Canes to neutralize Joel Berry early if they want any piece of seeing Friday. Berry has gotten off to some fast starts as of late, including 19 in the first half against Duke last Saturday. At the end of the day, UNC has too many weapons for Miami to deal with. The Canes best hope may be that the Heels have their sights set on a higher prize.

As for Syracuse, well we may be seeing them in the field of 64. I’m not quite sure how, but Joe Lunardi is in their corner, and wins over Duke, FSU, and UVA in the regular season should boost their resume enough to get them in the conversation. The whole “20 win” threshold debate doesn’t seem to hold water these days.

We may very well be seeing the end of Jim Boeheims’s career as a head ball coach. Mike Hopkins has already been named as his successor, and ol Jimmy is no spring chicken. The drive to reclaim some of those 108 victories that were vacated in 2015 may be enough to entice Boeheim back for one more year, but with the program seemingly starting to slide, and recruits being wary of coming in when they know Boeheim is on the way out, don’t be surprised if we get a retirement announcement following the season.

We’ll miss Jim Boeheim, but let’s just hope he takes that silly zone defense with him. 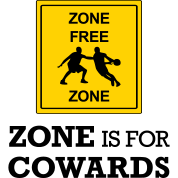