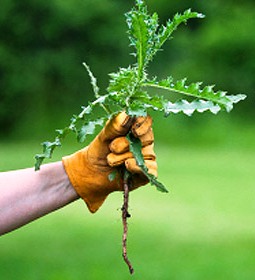 These are all weeds. Springtime is here, and with it, it is time to get the field looking nice and pretty again. What a better way to do that than to start weeding out the pretenders today in the ACC tournament.

For as lackluster as Tuesdays slate of games in the ACC tournament was, we were at least able to clear some of the dead brush that was NC State, Boston College and Georgia Tech. Wednesday is your quintessential “moving day” for the ACC tournament. It’s akin to Saturday at the Masters. Today is the day we find out if Wake Forest is legit. Or if Duke has put it all back together since tripping down the stretch (hah, see what I did there?).

So sit back, relax, and be prepared for the real beginning of the madness today.

It is a little disappointing that this game has been buried in the noon slot today, this should be the most competitive. Miami opened up as a 1.5 point favorite, and expect that to be right on the money.

I don’t know what it is about Jim Boeheim. He is obviously a great coach, though some will argue he is the Jaromir Jagr of college basketball, a pure stat compiler but not really all that good. But Boeheim has just never really gotten it done with his Syracuse teams, save the year when he had a generational player in Carmelo Anthony. But Sam, he went to Final Four last year! Yeah and I have a goldfish. Oh, I thought we were talking about stuff that doesn’t matter? Last year was so fluky, which is fine, I love a fluke. But the fact of the matter is Jim Boeheim is 72 years old and Syracuse has been in an obvious decline for the last 3 years. Don’t be surprised if Boeheim retires this year.

Speaking of old Jims,  how about Jim Larranaga on the Miami bench? And yes, I am leaving the ~ off of the ‘n’ in Larranagas name (that ~ symbol is called a tilde, learn something new everyday folks) because Larranaga NEVER used it until he started coaching at Miami! Cultural appropriation like you read about.

But really, I do thing Larranaga has a dangerous Miami team this year. Davon Reed is a terrific shooter and an even better defender, a rare combo. The interesting story line to monitor here however will be Ja’Quan Newton. Newton started 25 games for the Canes this year averaging 13.9 PPG before catching a 3 game suspension from his coach. Newton was brought off the bench in his first two games back from suspension and has really just been dreadful since the suspension. Miami will need its high scoring junior guard to return to form if they would like to stretch their season a few more weeks.

Take the Canes in a nail biter, but we will be seeing both of these teams on the bracket come Sunday.

Think about the worst prank someone has ever pulled on you. Where you were just totally duped. Where you had everything you ever wanted, right in the palm of your hands, just to have it snatched away. We should all show some empathy for the Clemson Tigers today, because that is exactly what is happening to them today.

After a solid win over NC State yesterday, where Jaron Blossomgame and Shelton Mitchell went full showtime mode, the Tigers are rewarded with a second round matchup vs preseason #1 in the nation Duke. Not fair, right?

Right. Not fair at all. I will keep this brief because the amount of time Clemson hangs around in this game will be brief. This is the Mike Krzyzewski tournament, and being in Brooklyn does not change that. Luke Kennard is hot off of being named an All-American. Jayson Tatum is probably feeling spurned after missing out on freshman of the year. Amile Jefferson is the anchor, and Grayson Allen is the Charlie Day Wild Card (https://www.youtube.com/watch?v=MYtjpIwamos ) that all great teams need. Duke will prove why they were ranked so highly at the beginning of the season, and will be laughing in everyone’s face when they are placed in Gonzaga’s bracket.

This is the big one. Really, it is. This is the game that will set the tone of March for both of these teams. Danny Manning and Buzz Williams are creating renaissance worthy rebuilds at their respective schools, and both programs seem only a year or two away from being a serious perennial contender.

Wake Forest has just been so impressive to me however, and it’s why I like them in this game. They just beat Virginia Tech a few days ago, and that can be viewed as a disadvantage, maybe VT has watched some tape and figured something out. But I think Wake is talented enough, and Danny Manning is smart enough, to still employ an effective game plan against the Hokies.

I saw some Wake Forest fans yesterday sounding a little concerned at the performance of Wake against BC yesterday, especially the slow first half. I can not dismiss these concerns any faster. What you saw from Wake Forest yesterday was a team talented enough to find a way when it’s biggest star, John Collins, was struggling early. Austin Arians set the net on fire, going 4/5 from 3 pt land. Bryant Crawford and Keyshawn Woods both went over 16 points. And Collins of course eventually got his double double, finishing with 19 points and 12 rebounds. That’s what you call Simone Biles levels of balance, and that is how you win tournaments that force you to play potentially 5 days straight.

Virginia Tech has some terrific pieces, and this seems like a year where it seems like they have to “go for it”, with Zach Leday and Seth Allen both exhausting their eligibility. I just don’t see how they match up with the Deacs across the board. John Collins is just too talented and too much of a beast for a young Khadim Sy to handle, and I’m not sure how effective Leday would be on him either. If I was Buzz Williams I would be taking my junkyard dog Chris Clarke and sicking him on Collins. Though undersized, Clark is VT’s best defender, and has the best chance of causing Collins fits.

After being the guy to fall out of the scoring fest yesterday, expect Dinos Mitoglou to find a lot of room to work as the Hokies have their hands full elsewhere.

Take Wake Forest in the best game of the day, and then jump on the bandwagon with me. 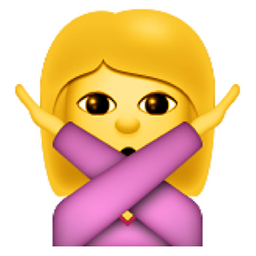 NO! Don’t watch this game. Don’t let this game spoil the ACC tournament for you. Avert your eyes, don’t worry about catching up on highlights tomorrow, there won’t be any except a funny clip of people sleeping in the stands. Ugh.

Virgina here, duh. And if Pitt does somehow win, you should still thank me for deterring you from that game. A game where Pitt beats Virginia just made me barf in my mouth a little.

Thanks for reading, check back tomorrow as we get into the meat of this tourney.