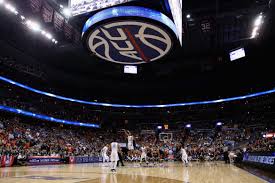 Wednesday’s action in the ACC tournament did not disappoint. Miami/ Syracuse came down to a missed buzzer beater by John Gillon. Duke fans got a scare and another Grayson Allen technical in the first half, but the Devils returned to form in the second half to advance over Clemson in a tight game. Wake Forest was the beneficiary of a ridiculous full court heave that went in by reserve forward Greg McClinton, but the Hokies would be the team to battle back from behind in this one after a 7 point halftime deficit. Zach LeDay had a tournament MVP type performance, scoring a career high 31 points, including 14 made free throws.

And for those of you who stayed up to watch UVA vs Pitt, God bless you. I did not. At least the teams combined for over 100 points as the Cavaliers predictably got the win.

Now we get into the good stuff. The double byes are over, and today will be the first day we get to see UNC, Louisville, FSU, and Notre Dame in this tournament. Oh boy! It’s ACC Thursday! 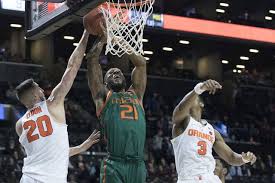 The Tar Heels are built for March. Led by ACC player of the year Justin Jackson, UNC has an abundant amount of weapons, starting with Joel Berry and stretching all the way down to…Luke Maye. Who may be the ugliest player to watch in college basketball, but Daggum Roy if he doesn’t get the job done. The Heels are fresh off a win over arch rival Duke, a game in which Joel Berry lit it up early, scoring 19 points in the first half of action alone. If Miami can not find a way to slow down Berry early in this one, and allow him to get hot from the start, it is going to curtains for the Canes.

Miami has been the biggest over acheiver in the ACC this season. With just nine eligible scholarship players on it’s roster, no one expected much from Jim Larranaga’s squad. Miami was supposed to be in rebuild mode. What does this mean? It means look out. A team that is already NCAA tournament bound, and playing with house money in the ACC tournament, is nothing to take lightly.

The three ball. That will be the theme of this game. We have seen UNC struggle guarding the perimeter at times this year, most notably in the first match up vs Duke. The Heels play an inexplicable style of defense where they like to stand jussst inside the 3 point arc, almost daring the opposition to shoot. Well Jim Larranaga loves his guys to shoot. He claimed yesterday the Canes goal was to hit 8 threes in the win over Syracuse. They got 9. That number will need to be a bit higher today if the Canes want to win, but the likes of Davon Reed and his supporting cast will surely be letting it fly. 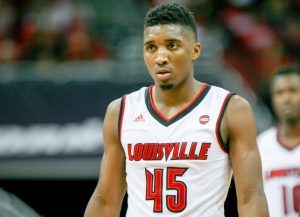 The stat I am sure you have heard by now is that over the last 6 years, 6 different teams have won the ACC tournament. Seems to be a bit of a trend, yes? Well I will tell you right now, it won’t be Virginia Tech unless Zach LeDay continues to be Superman. So logic has it that this year is Louisville’s turn. It’s flawed logic I know, but why not? Don’t put it past Commisioner John Swofford to be rigging all of this on purpose just to push the image of parody in the ACC.

In all seriousness, the Blue Devils do have their work cut out for them. In a year in which the Devils have been dealing with injury after injury, they do not seem to be quite out of the woods yet. Grayson Allen played limited minutes yesterday, they may be because Coach K was tired of his crap after his most recent outburst warranting a technical, but the more likely explanation is there is still some concern regarding that ankle. Luke Kennard, one of just two players to play in every game this season for Duke, was favoring one knee most of yesterdays game, and had to be looked at by the trainers multiple times. Coach K loves the ACC tournament. He owns it, winning 9 titles since 2000. But Coach K is no dummy. His targets are set higher. K wants his team healthy for the big tournament, and if that means we see a little less Allen and Kennard, maybe Jefferson gets a breather and Bolden sees more action, we should not be surprised. Coach K won’t just try to lose…he just might look to his All-Star cast of young players to handle the bulk of the work at this stage.

On Louisville’s side of things, this team is a matchup nightmare. Multiple seven footers who play with authority. Donovan Mitchell is the leagues newest budding star, making both first team All-ACC as well as first team all defense. Grayson Allen on Mitchell would be fun to watch, but with Allen hampered by his ankle, it will be interesting to watch to see what Duke does with him defensively. Don’t sleep on the impact of the quick turnaround either. This will be Duke’s third game in 6 days, that will catch up to anyone.

Louisville advances today, even if it’s just by default. The Devils have bigger plans. 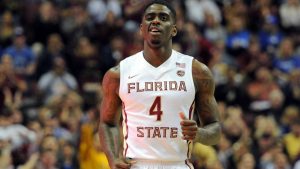 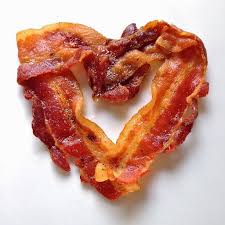 Enough can not be said about the performance of Zach LeDay last night for the Hokies. The senior forward took full advantage of his length and athleticism to get to the basket at will, drawing foul after foul, and converting 14 of 18 free throws en route to a career high 31 points. Why can’t he duplicate that performance tonight? He has an excellent guard in Seth Allen setting him up, and a masterful coach in Buzz Williams to put him in the right position.

I’ll tell you why. Michael Ojo. Christ Kumadje. Both over seven feet tall and start for this monstrous FSU team. Even Jonathan Issac, one of the most impactful players in the latter half of the season for the Noles is 6’10”. This FSU team emphasizes defense, and it starts in the low block and extends to their terrific guards on the outside in Dwayne Bacon and Xavier Rathan-Mayes. Leonard has developed a team that emphasizes aggression on both ends of the court. Expect to see a lot of Dwayne Bacon on LeDay in this one, who despite only starting 5 games is the Hokies leading scorer.

Buzz Williams is a great coach who is getting Virginia Tech back to where they need to be, but this is not their year. It’s not FSU’s either, they are a team who I wouldn’t be shocked to flame out by the second round of the NCAA tourney. But the war of attrition is a real thing in the ACC tournament, and the physicality of FSU will wear down a Virginia Tech team that did not leave the Barclay’s Center until after 10:30 last night. 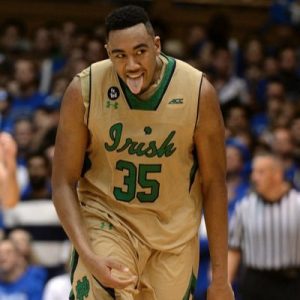 Notre Dame just seems to do things kinda of quietly don’t they? You don’t seem to hear a whole lot about them, yet here they are as a 3 seed in the ACC tournament, recipients of the double bye, and a prime opportunity to advance past a grossly overrated Virginia team.

Bonzie Colson and V.J Beachem both deserved first team All-ACC honors, though the nod deservedly went to Colson. Beachem, along with guard Matt Farrel and 14 year baby-faced senior Steven Vasturia all gained honorable mention. Beachem, Colson, and Vasturia have all hit the 1000 point margin this season. Just a banner year of awards for the Irish, and they are rolling into the tournament red hot, winning 6 of their last 7 games.

UVA is so sleepy. They are so boring, and painful, and the frustrations I have with this team can never be fully expressed. I love good Tony Bennett teams. I do. The years of Malcom Brogdon, Justin Anderson, Mike Tobey, those were really impressive teams to watch. I know it was the same style of basketball, but those guys did it right. And in a year or two, UVA might be back in the same position, but this team is just too young and has not completely bought into Bennett’s game plan. London Perrantes is one of the smoothest and skilled point guards in the league, and the youngin Kyle Guy has emerged as a terrific offensive weapon once Bennett realized he needed a scorer on the court. But UVA just does not quite seem to be on par offensively with the Irish.

Look to Matt Farrel, who had a real case at becoming this years ACC Most Improved Player, to be the difference maker. Farrel will need to push the tempo on the Cavs, and if he can find his scorers in Beachem, Colson, and Vasturia, then the Irish could pull away from the Cavs, with the deficits of UVA’s offense glaring through late.

Irish by 12. Yeah, 12. UVA might not score 50. That game last night didn’t finish until after midnight.

As always, thanks for reading. Check back for more ACC tourney info.